The Snowflake is generated from 30 checks in 5 different areas, read more below.
BBGI
Nasdaq
$44M
Market Cap
Add to portfolio

Is Beasley Broadcast Group undervalued based on future cash flows and its price relative to the stock market?

Below are the data sources, inputs and calculation used to determine the intrinsic value for Beasley Broadcast Group.

The calculations below outline how an intrinsic value for Beasley Broadcast Group is arrived at by discounting future cash flows to their present value using the 2 stage method. We try to start with analysts estimates of free cash flow, however if these are not available we use the most recent financial results. In the 1st stage we continue to grow the free cash flow over a 10 year period, with the growth rate trending towards the perpetual growth rate used in the 2nd stage. The 2nd stage assumes the company grows at a stable rate into perpetuity.

Amount off the current price Beasley Broadcast Group is available for.

For Beasley Broadcast Group to be considered undervalued it must be available for at least 20% below the current price. Less than 40% is even better.

The amount the stock market is willing to pay for Beasley Broadcast Group's earnings, growth and assets is considered below, and whether this is a fair price.

Are Beasley Broadcast Group's earnings available for a low price, and how does this compare to other companies in the same industry?
Raw Data

We assess Beasley Broadcast Group's value by looking at:

Beasley Broadcast Group has a total score of 6/6, see the detailed checks below.

How is Beasley Broadcast Group expected to perform in the next 1 to 3 years based on estimates from 1 analyst?

Is Beasley Broadcast Group expected to grow at an attractive rate?

All data from Beasley Broadcast Group Company Filings, last reported 3 months ago, and in Trailing twelve months (TTM) annual period rather than quarterly.

How has Beasley Broadcast Group performed over the past 5 years?

Below we compare Beasley Broadcast Group's growth in the last year to its industry (Media).

Beasley Broadcast Group's revenue and profit over the past 5 years is shown below, any years where they have experienced a loss will show up in red.
Raw Data

All data from Beasley Broadcast Group Company Filings, last reported 3 months ago, and in Trailing twelve months (TTM) annual period rather than quarterly.

We want to ensure a company is making the most of what it has available. This is done by comparing the return (profit) to a company's available funds, assets and capital.
Show me more strong past performing companies in the Media industry
X

We assess Beasley Broadcast Group's performance over the past 5 years by checking for: The above checks will fail if the company has reported a loss in the most recent earnings report. Some checks require at least 3 or 5 years worth of data.
Beasley Broadcast Group has a total score of 4/6, see the detailed checks below.

How is Beasley Broadcast Group's financial health and their level of debt?

The boxes below represent the relative size of what makes up Beasley Broadcast Group's finances.

This treemap shows a more detailed breakdown of Beasley Broadcast Group's finances. If any of them are yellow this indicates they may be out of proportion and red means they relate to one of the checks below.

We assess Beasley Broadcast Group's financial health by checking for:

Beasley Broadcast Group has a total score of 1/6, see the detailed checks below.

What is Beasley Broadcast Group's current dividend yield, its reliability and sustainability?

What portion of Beasley Broadcast Group's earnings are paid to the shareholders as a dividend.

We assess Beasley Broadcast Group's dividend by checking for:

Beasley Broadcast Group has a total score of 3/6, see the detailed checks below.

What is the CEO of Beasley Broadcast Group's salary, the management and board of directors tenure and is there insider trading?

Ms. Barbara Caroline Beasley serves as the Chief Executive Officer of the Naples, Florida based Beasley Broadcast Group, Inc. since January 1, 2017, previously serving as Interim Chief Executive Officer from March 2016 until December 2016 and as Executive Vice President, Chief Financial Officer, Treasurer and Secretary beginning in 1994. Prior to 1994, she served in various positions, including Business Manager, Assistant Controller and Corporate Controller. Ms. Beasley joined Beasley Broadcast Group, Inc. in 1983, having held a position as a Director since that time. Ms. Beasley currently serves on the Board of Directors of Broadcast Media, Inc. (“BMI”). In addition, she is currently serving as Joint Board Chair on the Board of Directors of the National Association of Broadcasters (“NAB”). She is a past Chairman of the NAB Radio Board, and was elected to serve once again as Radio Board Chair in January 2017. In addition, Ms. Beasley is a Member of The Broadcasters Foundation of America Board of Directors. In 2017, she was honored by Radio Ink magazine as “Radio Executive of the Year”. Ms. Beasley was named one of the “40 Most Powerful People in Radio” in 2011, 2012, 2016 and 2017. In addition, she has been recognized in the magazine’s “Most Influential Women in Radio” listing on an annual basis since 2003. Ms. Beasley received the 2016 “Distinguished Service Award” from the North Carolina Association of Broadcasters and was the 2012 recipient of the “Frances Preston Trailblazer Award” from the Mentoring and Inspiring Women in Radio Group (MIW). Ms. Beasley is a Member of the Board of Visitors at her alma mater, the University of North Carolina, where she earned a B.S. degree.

Average tenure and age of the Beasley Broadcast Group management team in years:

Founder & Chairman of the Board

Average tenure and age of the Beasley Broadcast Group board of directors in years:

Founder & Chairman of the Board

Vice Chairman of the Board

We assess Beasley Broadcast Group's management by checking for:

Beasley Broadcast Group has a total score of 0/6, this is not included on the snowflake, see the detailed checks below.

Beasley Broadcast Group (NASDAQ:BBGI) Takes On Some Risk With Its Use Of Debt

How Much Are Beasley Broadcast Group, Inc. (NASDAQ:BBGI) Insiders Taking Off The Table?

Is It Too Late To Consider Buying Beasley Broadcast Group, Inc. (NASDAQ:BBGI)?

Those Who Purchased Beasley Broadcast Group (NASDAQ:BBGI) Shares A Year Ago Have A 75% Loss To Show For It

Is It Too Late To Buy Beasley Broadcast Group, Inc. (NASDAQ:BBGI) At Its May Price?

What Percentage Of Beasley Broadcast Group, Inc. (NASDAQ:BBGI) Shares Do Insiders Own?

Is Beasley Broadcast Group, Inc. (NASDAQ:BBGI) Struggling With Its 5.8% Return On Capital Employed?

Beta can be a useful tool to understand how much a stock is influenced by market risk (volatility). … To use beta as an investor, you must first understand that the overall market has a beta of one. … A stock with a beta below one is either less volatile than the market, or more volatile but not corellated with the overall market.

Beasley Broadcast Group, Inc., a radio broadcasting company, operates radio stations in the United States. The company was founded in 1961 and is headquartered in Naples, Florida. 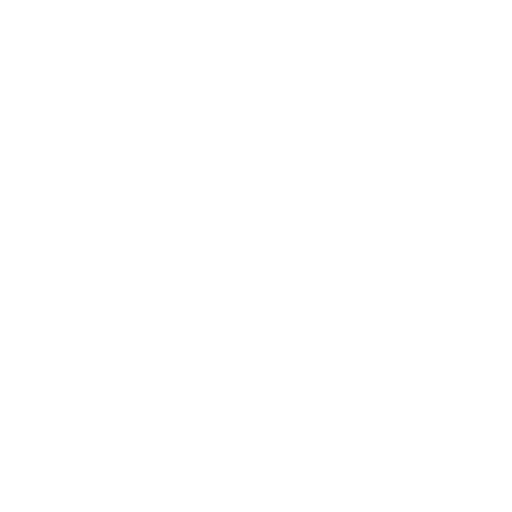