The Snowflake is generated from 30 checks in 5 different areas, read more below.
SOFAF
BDL
€153M
Market Cap
Add to portfolio

Is Socfinaf undervalued based on future cash flows and its price relative to the stock market?

The amount the stock market is willing to pay for Socfinaf's earnings, growth and assets is considered below, and whether this is a fair price.

Are Socfinaf's earnings available for a low price, and how does this compare to other companies in the same industry?
Raw Data

What value do investors place on Socfinaf's assets?
Raw Data

We assess Socfinaf's value by looking at:

Socfinaf has a total score of 1/6, see the detailed checks below.

How is Socfinaf expected to perform in the next 1 to 3 years based on estimates from 0 analysts?

In this section we usually present revenue and earnings growth projections based on the consensus estimates of professional analysts to help investors understand the company’s ability to generate profit. But as Socfinaf has not provided enough past data and has no analyst forecast, its future earnings cannot be reliably calculated by extrapolating past data or using analyst predictions.

Is Socfinaf expected to grow at an attractive rate?

All data from Socfinaf Company Filings, last reported 9 months ago, and in Trailing twelve months (TTM) annual period rather than quarterly.

We assess Socfinaf's future performance by looking at: Some of the above checks will fail if the company is expected to be loss making in the relevant year.
Socfinaf has a total score of 0/6, see the detailed checks below.

How has Socfinaf performed over the past 5 years?

Below we compare Socfinaf's growth in the last year to its industry (Food).

Socfinaf's revenue and profit over the past 5 years is shown below, any years where they have experienced a loss will show up in red.
Raw Data

All data from Socfinaf Company Filings, last reported 9 months ago, and in Trailing twelve months (TTM) annual period rather than quarterly.

We assess Socfinaf's performance over the past 5 years by checking for: The above checks will fail if the company has reported a loss in the most recent earnings report. Some checks require at least 3 or 5 years worth of data.
Socfinaf has a total score of 3/6, see the detailed checks below.

How is Socfinaf's financial health and their level of debt?

The boxes below represent the relative size of what makes up Socfinaf's finances.

This treemap shows a more detailed breakdown of Socfinaf's finances. If any of them are yellow this indicates they may be out of proportion and red means they relate to one of the checks below.

All data from Socfinaf Company Filings, last reported 9 months ago.

We assess Socfinaf's financial health by checking for:

Socfinaf has a total score of 3/6, see the detailed checks below.

What is Socfinaf's current dividend yield, its reliability and sustainability?

0%
Current annual income from Socfinaf dividends.
If you bought €2,000 of Socfinaf shares you are expected to receive €0 in your first year as a dividend.

What portion of Socfinaf's earnings are paid to the shareholders as a dividend.

We assess Socfinaf's dividend by checking for:

Socfinaf has a total score of 0/6, see the detailed checks below.

What is the CEO of Socfinaf's salary, the management and board of directors tenure and is there insider trading?

Average tenure and age of the Socfinaf board of directors in years:

We assess Socfinaf's management by checking for:

Socfinaf has a total score of 0/6, this is not included on the snowflake, see the detailed checks below.

Here's Why Socfinaf (BDL:SOFAF) Is Weighed Down By Its Debt Load

Debt assists a business until the business has trouble paying it off, either with new capital or with free cash flow. … So we clearly need to look at whether that EBIT is leading to corresponding free cash flow. … In the last three years, Socfinaf created free cash flow amounting to 17% of its EBIT, an uninspiring performance.

If You Had Bought Socfinaf (BDL:SOFAF) Stock Five Years Ago, You'd Be Sitting On A 34% Loss, Today

We also note that the stock has performed poorly over the last year, with the share price down 23%. … There will continue to be wide discrepancies between price and value in the marketplace...' One imperfect but simple way to consider how the market perception of a company has shifted is to compare the change in the earnings per share (EPS) with the share price movement. … During five years of share price growth, Socfinaf moved from a loss to profitability.

Institutions often own shares in more established companies, while it's not unusual to see insiders own a fair bit of smaller companies. … Companies that have been privatized tend to have low insider ownership. … It has a market capitalization of €205m, which means it wouldn't have the attention of many institutional investors.

(BDL:SOFAF) has paid a dividend to shareholders. … Let's dig deeper into whether Socfinaf should have a place in your portfolio. … Check out our latest analysis for Socfinaf

Did You Manage To Avoid Socfinaf's 38% Share Price Drop?

During five years of share price growth, Socfinaf moved from a loss to profitability. … In contrast to the share price, revenue has actually increased by 4.5% a year in the five year period. … A more detailed examination of the revenue and earnings may or may not explain why the share price languishes; there could be an opportunity.

Here’s why Socfinaf S.A.’s (BDL:SOFAF) Returns On Capital Matters So Much

While investors primarily focus on the growth potential and competitive landscape of the small-cap companies, they end up ignoring a key aspect, which could be the biggest threat to its existence: its financial health. … Assessing first and foremost the financial health is. … Here are few basic financial health checks you should consider before taking the plunge.

Should You Be Tempted To Buy Socfinaf SA (BDL:SOFAF) Because Of Its PE Ratio?

and want to begin learning the link between Socfinaf SA (BDL:SOFAF)’s fundamentals and stock market performance. … Socfinaf SA (BDL:SOFAF) is currently trading at a trailing P/E of 11.6x, which is lower than the industry average of 17.3x. … Although some investors may jump to the conclusion that this is a great buying opportunity, understanding the assumptions behind the P/E ratio might change your mind

Moreover, SOFAF has produced cash from operations of €123.18M during the same period of time, resulting in an operating cash to total debt ratio of 66.89%, meaning that SOFAF’s debt is appropriately covered by operating cash. … We can check to see whether SOFAF is able to meet its debt obligations by looking at the net interest coverage ratio. … In SOFAF's, case, the ratio of 9.26x suggests that interest is appropriately covered, which means that lenders may be inclined to lend more money to the company, as it is seen as safe in terms of payback.Next Steps: SOFAF’s high cash coverage means that, although its debt levels are high, the company is able to utilise its borrowings efficiently in order to generate cash flow. 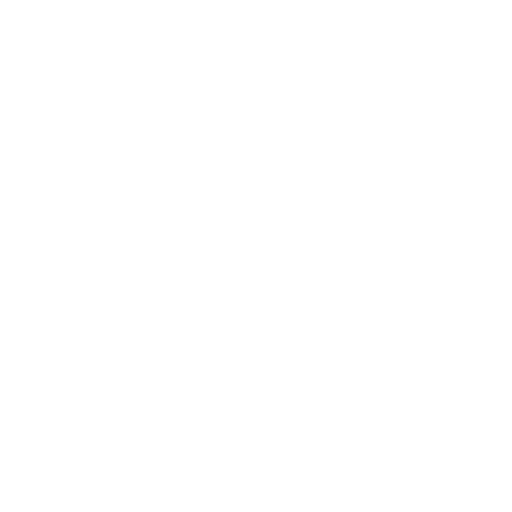